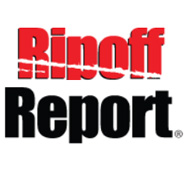 Ripoff Report uses a federal law known as the Communications Decency Act to protect themselves, while anonymous users slander thousands of people and businesses around the Web. The site was set up to act like a consumer watchdog. Instead, it has become a breeding ground of gossip and unfounded rumors complete with long-winded and scathing reviews. If you’re unlucky enough to be listed on Ripoff Report, here is what you need to know.

One of the first things you’ll encounter when you try to get a posting removed from Ripoff Report is the Corporate Advocacy Program. For between $2,000 and $8,000, you essentially buy a response that allows you the chance to prove your side of the story. You can include whatever you want, but you’re not paying to have the posting removed.

This also has the added sting of validating your brand’s association with Ripoff Report, especially if you’re labeled as an authentic user. Essentially, Ripoff Report is selling a “solution” that costs thousands of dollars to make your problems worse.

Because Ripoff Report is not the one creating its content, it does not have the same standards that a news website has. Users can post whatever they want to a site like Facebook, but Facebook isn’t liable. The reasoning behind this is the Communications Decency Act, which protects your right to say whatever you want online. Ripoff Report is the darkside of this legal protection.

There is only one way to get a removal from Ripoff Report, which is a default judgment in your favor requesting Ripoff Report remove the posting. This is extremely difficult to get, so reputation management is your next best option.